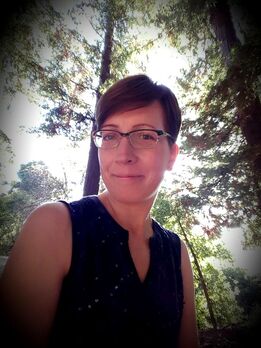 Els de Graauw is Associate Professor at Baruch College, the City University of New York, with an appointment in the Department of Political Science and teaching responsibilities also in the Austin W. Marxe School of Public and International Affairs and the International Migration Studies Program at the Graduate Center. She is interested in immigration, civil society organizations, urban politics, government bureaucracies, and public policy, with a focus on understanding how governmental and nongovernmental organizations build institutional capacity for immigrant integration and representation.

Her award-winning book Making Immigrant Rights Real: Nonprofits and the Politics of Integration in San Francisco (Cornell University Press, 2016) analyzes the role of nonprofit organizations in advocating for immigrant integration policies in San Francisco, with a focus on immigrant language access, labor rights, and municipal ID cards.  She is working on her second book, a large comparative study of city and state immigrant affairs offices in the United States.  She has also been collaborating with Shannon Gleeson (Cornell University) on an NSF-funded study of the implementation of the 2012 Deferred Action for Childhood Arrivals (DACA) program in the San Francisco Bay Area, the Greater Houston Area, and the New York City Metro Area.

Her research appears in Antipode, Urban Geography, Migration Studies, New Labor Forum, Journal on Migration and Human Security, Politics, Groups, and Identities, Journal of Immigrant and Refugee Studies, Journal of Ethnic and Migration Studies, WorkingUSA, Politics & Society, American Journal of Sociology, Annual Review of Political Science, Daedalus, Hérodote, and many edited volumes. Her work has been supported by the Netherlands Organization for Scientific Research, the National Science Foundation, the Professional Staff Congress at CUNY, the Advanced Research Collaborative at the CUNY Graduate Center, the Howard J. Samuels State and City Policy Center, the Eugene M. Lang Foundation, the Netherland-America Foundation, ​the National Center for Border Security and Immigration (BORDERS), the Centre for Urban Studies (University of Amsterdam), the Hauser Institute for Civil Society (Harvard University), the Institute for the Social Sciences (Cornell University), and the Institute for the Study of Societal Issues (UC Berkeley).
​
Els earned her Ph.D. degree in Political Science from the University of California at Berkeley.  She has been a researcher at the Harvard Kennedy School of Government, Cornell University, and the University of Amsterdam.  In 2012, she co-founded the Section on Migration and Citizenship of the American Political Science Association, and she served as the Section’s elected co-president and secretary between 2012 and 2016. Els currently serves on the editorial boards of the Journal of Ethnic and Migration Studies and the Urban Affairs Review.